A day in the life of Fort Hood.

I was listening to a CD of Celtic Irish bagpipes Friday morning while I was at work. As the CD randomly played the haunting music that once took men into different battles, I'm grateful that one of the songs on the CD was NOT Amazing Grace. I don't think I could hear that today without crying. Instead, I could pretend that those songs celebrated life, that somewhere a new bride and small redheaded lasses dressed in green were tapping their toes as they dance.

On Friday, 5 November 2010 here on Post, we honored the bravery of 30 wounded men and women, and the lives of 13 who were killed a year ago. They were killed by one of their own, here at home, and of all things, by a psychiatrist. Someone who thought he was doing the right thing to try to stop the war.

Trying to stop violence with violence just doesn't make any sense to me. Especially by a psycho psychiatrist.

This war that at times seems so distant is brought into our homes in the most unsuspecting ways.

I have come to the conclusion that the frequent cannon blasts in the morning and throughout the day, as well as the late night explosions are to get the soldiers prepared for the sounds of war. A somewhat sobering thought since they are startling enough to someone who isn't going to war.

I can't imagine what it would be like to live in anticipation of those sounds and be expected to ACT - and not just REACT with a jump and a curse when I've spilled my coffee or dropped a glass of tea.

We live about five miles away from where they are detonating and firing those rounds, and to know that our deployed soldiers will be closer than that, and the sounds so much louder is a reality check for me.

I have the comfort of knowing that the sounds I hear aren't aimed at me. While they are annoying in how they make me jump at times, and frighten my dog, Trooper, we are in no danger.

I know that in time we will become immune to the sounds, just as we did in Florida living at the end of Tyndall AFB's runway. Eventually I stopped hearing the F-15's and F-22's as they flew overhead, and it was only when the weather forced them to fly lower that I even remembered the runway was there. Knowing that I will one day ignore the blast sounds from Fort Hood in the same way is a little disconcerting.

I hate feeling that I'm becoming immune to the war and its impact on lives. Not just the lives of the soldiers and families that live at Fort Hood, but to all of our lives.

Have we forgotten what life was like when we weren't at war? What about the children? Those born after 9/11 who have known nothing but this war?

We grew up with the history of the Vietnam war just being something we learned about in school since for most of us, it was ending when we were just learning to read. The generation of new readers today will grow up knowing someone who has lived... or died... in 9/11 or in the wars since. For them, it is just a part of life.

How tragic is that?

Where is John Lennon when we need him to remind us that we just need to give peace a chance?

Oh yeah, he was murdered.

How tragic was that?

The other fact that is even more sobering than the reality of war is that here on Fort Hood, the main causes of death for most of the soldiers who make it home alive from Iraq and parts of the world where bombs and gunfire ARE aimed at them are suicide or vehicle accidents caused by drinking and driving. Think about it. They make it home in one piece only to live recklessly here and wind up dying because of their choices. One weekend alone there were three suicides. All by handguns.

How tragic is that?

Life is so short, so precious... we don't always get to choose when the end comes as 13 people and their families learned a year ago... so make your best effort to live it for as long as you possibily can. There are so many lives that are impacted by that one choice you make.

Choose life. Give peace a chance. 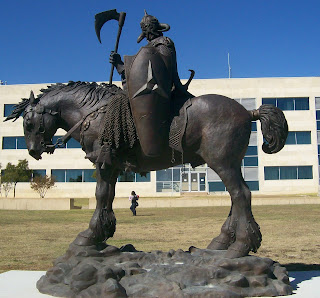