joining with Elephant's Child for Words for Wednesday
he had realized as a young boy how soothing it was to just stop what he was doing in the middle of the day and watch the tortoises. their slow, deliberate movements made him slow down and think about the things that were important. as he got older, and his life more hectic and chaotic, the lesson of the tortoises stayed with him. his students thought that his passion for tortoises was one of his eccentric tendencies, but they, in turn, learned how the observation of them calmed them before exams. tortoises don't do anything rash, they think about their movements and choices because it takes so much effort to move with the weight of their shells. that pause before decisions makes them more likely to make the right decision rather than one based on emotions.
Osman often found himself talking over decisions with the tortoises, as if they could understand what he was saying, or even speak themselves. but he found that when he voiced his thoughts to them, often beginning a conversation with "I was just wondering if you could solve a little argument?"and the pros and cons of any decision he had to make, he would make better choices. he attributed it to the wisdom of the tortoises, but deep inside he knew that just stopping to think allowed him to make wiser choices.
1 comment:

joining with The Elephant's Child for Words (and Pictures) on Wednesday
the box had arrived the week before, but her sorrow was so deep, the fog of grief tiptoeing into her heart like little cat's feet, that she couldn't bring herself to open it. seeing his handwriting on the label brought back the memories of the times they had shared together ... times they would never share again.
finally, she had walked in the garden that he had planted for her, and when she saw that he had planted her favorite blue pansies in the shape of a heart, she knew it was time.
he had sent the box his last morning, enclosing a note telling her how much he loved and cherished her, and that he couldn't wait to see again. he told her that the gift enclosed reminded him of her. small but fierce. independent but holding a part of his heart that made him realize how much he needed her.  he had found it in a little shop, and the old Chinese woman who had sold it to him told him that it was the year of the tiger and an auspicious gift for his fiancée who had been born in a tiger year and under the water sign.
of course, he hadn't believed in any of that, being a Christian missionary, but he knew of her fondness for cats. he told her he would be arriving back in San Francisco in a month's time and that since he would soon need to return to the church he was planting, he asked if she would marry him sooner than they had planned because he never wanted to be that far away from her again.
the telegram had arrived two days after he had sent the box, telling her of the fever that had taken hold of him and robbed her of the life they had planned together.
his body had been buried in China, almost immediately after he had died.  so strong was the fear of the fever, that the ship's captain with whom he had arranged his passage back to her had refused to allow the plain box casket that carried his body on board.
as she held the blue pansy close to her heart, and his last letter to her fell to the floor amidst her tears, she knew that the life she had imagined was still possible and that she would continue his work in China.

i've been reading"The One Year Book of Hope Devotional" by Nancy Guthrie. it is "daily readings to give you hope when life has let you down." her story is a heartbreaking one of back-to-back deaths of two babies from a rare disorder called Zellweg Syndrome. reading her words, and the strength and faith she has had humbles me, and while my own losses are nothing compared to hers, it does not minimize mine. they are exactly the same, but completely different.
in her book, it was the following passage that made me connect with this picture, and with my own life story ... [see Losing Your Life pg 100-101]
"He has given you the gift of being forced to reconsider the very purpose of your life.  Those who are sailing through a comfortable life at this point have not yet been forced to carefully consider their lives and surrender their dreams.  but because you have been shaken to the core, you see clearly that if you cling to your own plans and desires, you will never discover the freedom and joy found in losing your life for Jesus." 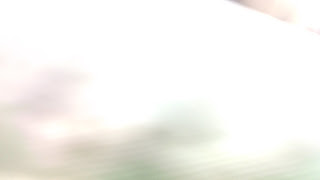 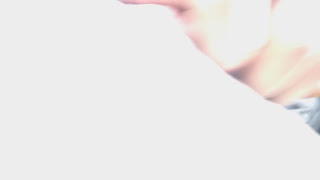 it has been quite a while, years perhaps, that i've had the house dreams. i may have blogged about them before, i don't remember now. but the dream has come back and i now know what it means, which for as bizarre as it is to dream of moving into old houses that are falling down for repairs and filled with amazing and beautiful antiques... it is actually comforting.

this time the house was in Alaska, on a great deal of land and we were being tasked with caretaking for a large herd of cattle (which is a new development in the dream) and we were also setting up house with friends of ours and their many children and animals (also a new development, tho not an unpleasant consideration).  but enough of that. i'm quite certain that i could finance a small country with the fees to have my dreams dissected and no one would still know what they meant.

but i babble because it has been a day that started before dawn, and an active day of learning and moving so i am tired and slightly brain-fried with all the new information i must absorb by osmosis at some point. 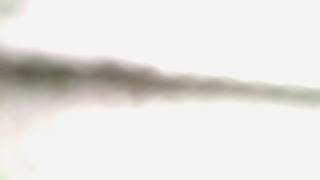 late last night i discovered curious pictures on my cell phone, 62 of them in fact, that i have no recollection of taking.  apart from these three (of 30) that were so overexposed, it was hard to identify what they are of, the others were clear enough to identify my jeans and the inside of my car.  but i don't know why these were so over exposed because the ones before and after them were not, and i clearly was not intentional in taking them.  the first one on the upper right seems to have the appearance of the shadow of a man (or men) in the lower portion of the picture. the one in the middle looks a little as if it could be a hummingbird in flight or the profile of someone's face. and the last one looks almost like a distant shore seen through the fog while out on the water.
No comments: