Stress Free with Plan Be 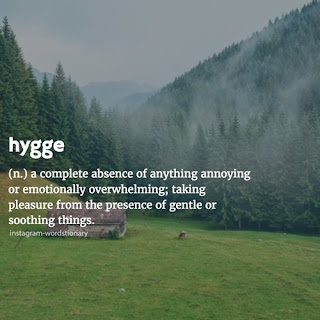 It may be a Danish way of life in the winter, but it is becoming my new way of living day-to-day.

That may mean to let go of things that take too much energy, especially those that are negative energy or to just be content with the way other things are. Unchanged. Unstressed. Uncomplicated.

It may mean being creative, especially in the kitchen when I've realized that I don't have all the ingredients for something I wanted to make for dinner, or creating something new with what is on hand.

It means choosing to be happy, as much as we possibly can, without letting the negative words, actions, and emotions of those who are outside of our lives here have an impact on that decision.

I'm choosing to not let things stress me out this year by having a plan "be."
1 comment:

creating love in a new year

I've given up on writing out a list of resolutions that will make me feel guilty before the end of February. Instead, I've been working on setting goals. Short. Achievable. Things to check off in my new bullet journal ~ another new habit & goal that I'm setting for myself this year ~ and I've chosen my word for 2017. 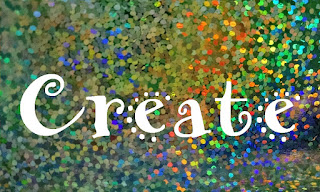 I think for most people, 2016 was a year that everyone was glad to see over and gone. So much anger and hatred over the elections. So many deaths by terrorist activities, whether they were claimed by ISIS or not, I view any action done to cause terror, injury, and death as being done by terrorists. So many senseless abuses to children or animals that I've stopped even looking at the news.

I started the year with a lot of hope that was quickly smashed and by the end of September was just a lot of discouragement and disappointment. Gratefully, the last three months of the year gave me hope again and we were blessed tremendously.

Create can mean so many things, and this year I want it to mean all of them.
I want to be able to create (with love) a home for us here in Wisconsin or wherever God plants us next.
I want to work with a new craft medium each month (learning new things) to create (with love) gifts and cards for next Christmas or other special occasions.
I want to create in the kitchen, baking (with love) for the holidays again like I did many years ago, and using German Christmas cookie recipes my Grandmother passed down to me from her own mother.
I want to let my words create another book (Winter Bear), and also update my first book (My Best Friends Have Hairy Legs) for a look at the last ten years of lessons that life and marriage have thrown at me.
I want to create cards again with some of my photos from the past three+ years, and maybe even enlarge some of my photos and mount them on canvas or wood.

This month, I am absolutely in love with [felted brooches and earrings]. (thank you, Pinterest!). I had ideas for my Mom(s), sisters, friends, and was just scribbling all kinds of ideas on a list.  I was super excited to find a website for the Ashland Art Center that offered classes in felting, as well as ceramics, painting, and other fun artsy fartsy projects. I signed up for their email newsletters and class schedules ...

... and then I realized it was in Ashland, OREGON.

Fortunately, between Pinterest, YouTube, and other websites, I think I will be able to learn how to felt without having to fly across the country four times a month.
In February, I want to use [polymer clay] and not something to be fired a kiln. My goal is to upcycle as much as possible with [old sweaters, jeans, fabrics, empty glass jars, etc.]. When I do need to buy, I want to shop at $ stores or Goodwill.

In addition to choosing a word for the year, my motto is going to be "making more with less."
1 comment: