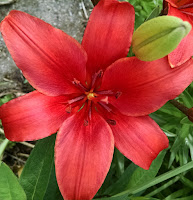 Joining again today with the amazing and encouraging writers at Five Minute Friday ...

I lost everything in 2012.
It was a blessing.
I regained more than I lost by realizing what was really important. It was not material things.

My marriage hit a place between a rock and a hard spot in 2013.
It was a blessing.
We rebuilt it stronger than before by realizing what was really important. It was not anger and resentment.

My career has ridden a roller coaster over the past fifteen years, and I'm not where I once was.
It has been a blessing.
I was able to redefine myself and now have a job that intrigues me.

When I stopped looking at things in my life as negatives and counted them as blessings, that is what they became. Opportunities to re-do, re-make, re-define, and re-built.

Oh, I still have days when I forget to clean my glasses and see only the negatives. But that is a blessing too. It is on those days that I am reminded of the price that was paid for me to have second chances. I am comforted by His love, strengthened by His words, and encouraged by His promises.
1 comment:

Joining with Elephant's Child and friends and Words for Wednesday tonight...

She didn't often get visitors. She was trying not to show her excitement, but when the car pulled up in front of the door, she dropped her other shoe and was running down the hall. They had come to watch her perform in the private theatre, her passion for singing, her fluid sound unrivaled anywhere else in the world.

He watched on the CCTV as she ran down the hall. She was so young, so naïve, that she was still unaware of the prison she lived in. The managers had been dogmatic in their requirement that she was to never to know that the forest outside the windows only extended ten trees deep. They had found that it was the optimum depth for deception without being so thick that one couldn't see the forest for the trees.

The book on his lap drew his attention again, Forensic Veterinary Science. It was a new offering at the University and he needed to make an A in it if he was going to keep the scholarship.  Working security at the shelter was just to give him a quiet place to study away from the dorm. His head turned to the door as she began to sing, and smiled. Perhaps this will be the day she escapes.
1 comment:

Participating this evening (a day late) with Five Minute Friday, because you can never be too late in discovering your worth, or letting someone else know theirs. 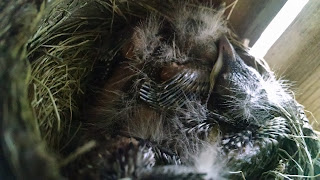 In my Our Daily Bread reading this week, I took the time to underline something that made me stop and think of my life. There are times when I wonder if it has been worth it.  The loss, gain, pain, laughter, tears, struggles, successes. Will I get to the end of my days and feel that it was all worth it? Or will I wish I had done more? Less? What is one's life worth?

And then I remember the cross and the sacrifice that was made on it and realize that no matter what comes and goes in my life. No matter the ups and downs. He believed I was worth it.

So to show Him that I was worth it, I hope to live my life in a way that would honor Him.

Email ThisBlogThis!Share to TwitterShare to FacebookShare to Pinterest
Labels: #fiveminutefriday, Five on Friday

I'm joining with Elephant's Child and Words for Wednesday a day or two late depending on which side of the world you are on.  In any case ... "Hold onto your hat" while I give you my two-cents worth ...

If you offered me a penny for my thoughts this week, I would have to give you change back.  As I wrote [here] the week has been a chaotic mix of trauma, drama, and exhaustion. I keep meaning to write a list of things that I need to get done this week and weekend, but then forget where I put my pen. Or paper. Or thoughts.

A blogger I follow, Patti Miinch ~ A Life Redesigned, has been taking part in Morea Seal's 52 List Project. One of the thoughts that keep circling the drain in my brain is to add making a list to my list. (see, I told you I was exhausted) I know if I add it to my do-do-to-do list for the new year, it will never be remembered (or that list found) and then I remember a creative journal I started to read last year.  Start Where You Are. Exactly. I should start right where I am ...

I don't have the list prompt from Moorea Seal's journal, but I did manage to catch one of those random thoughts before it slipped down the drain.  Here is my list of things I have learned about myself and "growing up" after I turned 50. Mind you, take notes (or make a list).  Some of these might just save you from suffering the same fate I did while I was learning them. 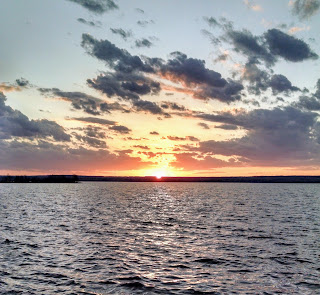 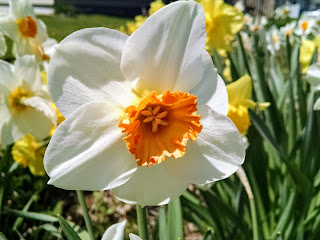 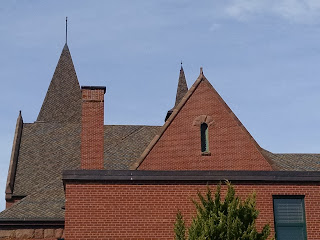 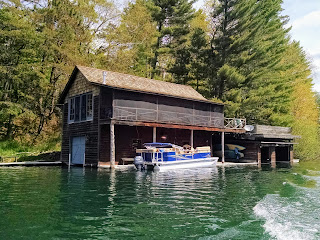 Summer homes on a lake call to me. 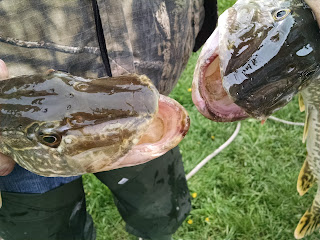 Fish with sharp teeth or with horns worry me. 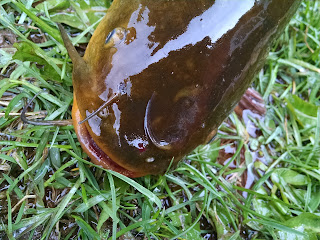 Email ThisBlogThis!Share to TwitterShare to FacebookShare to Pinterest
Labels: #whatilearnedthismonth

Joining again this week with Elephant's Child and Words for Wednesday.  Join me here in October when I will be sharing the prompt words and pictures.

She sat in front of the typewriter, tapping a pencil on the table and staring at the blank sheet of paper between the rollers. She felt feverish from sitting in the sun all day. She knew she should have moved under the trees, following the patched shade as the sun moved across the sky. But throwing caution to the wind, it had been the first nice day since the snow melted and she wasn't going to waste it. What was it her father had said once? "Be willing to pay the penalty for your bad choices." She grimaced as she shifted her back against the chair, her sunburnt shoulders painful to the touch.

They wanted the truth, but she didn't want to tell it. She wanted to be sensible and safe. It was easier to give them a fabricated story, a lie, rather than admit what had been done to her. Saying it out loud was something she would never be able to do. She knew the words couldn't hurt her, but by speaking them, she was afraid they would come alive and haunt her. Some things just shouldn't be spoken.

Thinking about them was painful enough, and it was hard at times to keep her thoughts under control. Sleep only came with a mix of prescription drugs, carefully monitored to be sure she didn't take too many. Some nights she prayed for early senility when all she would remember was life before it happened. She chuckled at the irony of that. Most people prayed that they wouldn't get something like Alzheimer's, and she was praying that she would.

A breeze from the heater coming on moved the paper in the typewriter, and it seemed to wave at her. "Yoo hoo! Here I am! A blank piece of paper just waiting for you to tell the truth!" She reached for it angrily and yanked it out of the rollers, balling it up and throwing it across the floor. A line from a movie came to her mind. They couldn't handle the truth, and neither could she. The truth was that while she was no longer "his" prisoner, she was still a prisoner held captive by the memories of what he had done.

She looked out the window. The sun was finally starting to set behind dark clouds.

It was snowing again.
3 comments: